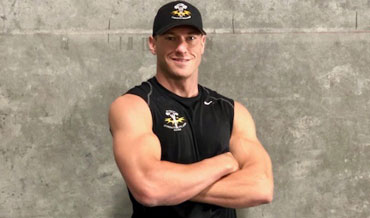 Benjamin Began his Coaching Career at the Hyde Park YMCA in Boston, Ma in 2002. Instructing swimming lessons for all ages laid the initial Coaching Foundation for Benjamin. He also began lifting weights to improve his strength and physique. As time went on he was approached for advice in the gym and a liking for Personal Training emerged. Benjamin played a variety of sports through elementary, middle, and High School but fitness and instruction seemed to dominate his interests.

Upon receiving an Honorable Discharge in 2009 Benjamin began building a personal training business from the ground up in Eastlake and pursuing a Bachelors Degree in Business Management (Graduated 2012, UOP). He started with his first 20 private clients under the roof of another trainer and moved on to leasing his own space soon after. In 2011 the Gonzalez family approached Benjamin to train youth and professional athletes at their academy in Eastlake and he ran with the opportunity. It proved to be a special one, earning him a lot of experience with youth athletes and top professional athletes in the industry. In late 2012 San Diego Strength and Wellness (SDSW) was born.

From 2009 to today Benjamin has trained hundreds of clients with different goals and needs. He obtained his Certified Strength and Conditioning Specialist (NSCA-CSCS) and Russian Kettlebell Certified Instructor Levels One and Two to further enhance and support the cutting edge Training SDSW and Benjamin are known for. He takes great pride in the training floor, serving the client, and delivering top-quality Coaching. If you want to get in peak physical condition or just simply need a lifestyle change, you will find a professional, caring, and intense Coach in Benjamin.